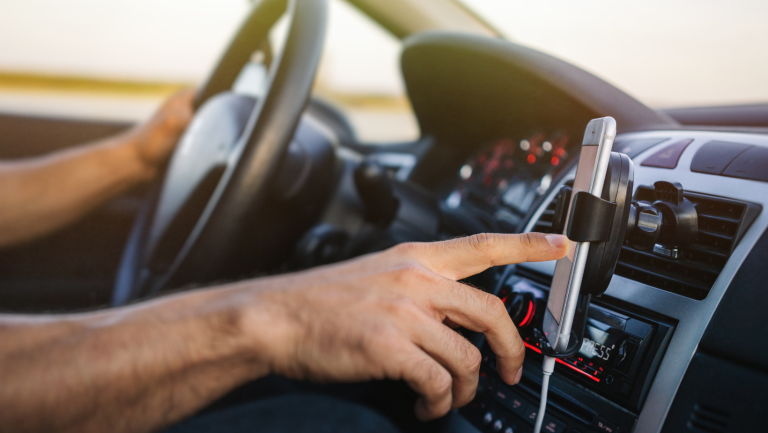 The Facts About Hand-Held Device Laws

Whether your fleet is local or travels interstate, it’s good to know about the hand-held device laws and how they may affect your fleet. Back in 2001, New York became the first state to implement a law prohibiting all drivers from talking on a hand-held cellphone while driving. Since then, the laws have only grown.

There are many apps out there, most created for parents or employers, to track a driver’s phone usage. Apple even released its Do Not Disturb While Driving feature in 2017 that sends an automatic message that the person you’re trying to reach is driving. Interestingly, the Insurance Institute for Highway Safety (IIHS) performed a national survey of iPhone owners and discovered that only about one in five actually had the feature set to activate automatically when they drove.

Surveys like this show that even though the technology exists to help monitor and curb driver cellphone use, it’s not foolproof. Driver applications are voluntary, so developers will need to study driver behavior extensively to create a more effective app.

Elsevier also found that participants were more likely to read a text message while driving if the sender was a loved one, if they felt the message could be important, or if they were driving on rural roads. Even though hand-held device laws and bans were created to decrease these bad habits, states and authorities are discovering they’re hard to enforce.

Despite years of studies, it’s been near impossible to prove if hand-held devices are the cause of accidents or if these bans have helped to reduce accidents. One main reason is that drivers are unlikely to volunteer that they were using their phones leading up to an accident – especially if it’s illegal in their state. If cellphone use can be a determining factor in an accident, it can also be hard to prove that it was the sole distraction or cause.

So, how do you keep your fleet drivers safe when they’re on the road? First, make sure your staff fully understands your company’s expectations and policies when it comes to hand-held devices. Implementing and enforcing an official policy can make a major difference in drivers’ behaviors. Second, using fleet dash cameras to monitor your driver’s habits can help you nip bad behavior in the bud and can be a valuable resource if an accident does occur. Finally, stay informed on what hand-held device bans exist in the states you do business. You can view a list of laws by state here.

Safety Track can work with you to find the best solutions to help keep your fleet safe. Click here to contact us for a demo or for more information.